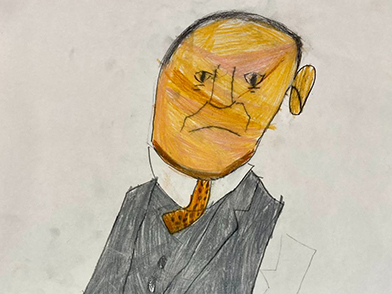 A brief look into Leon MacLaren, recognised founder of the school.

Leon MacLaren was born in Glasgow, Scotland, in 1910. His father Andrew MacLaren was a Member of Parliament and taught his son from a young age to value truth and justice. Leon trained as a barrister and was admitted to the Bar in 1938.

He believed natural law and universal principles were paramount and that the best way to share his knowledge, thinking and practice was to start a school of philosophy for adults, which he did during World War II in London. He subsequently founded a number of schools for adults around the world, which were flooded with enthusiastic students, each decade seeing interest and numbers growing.

Over the years, Mr MacLaren met great thinkers, educators and spiritual teachers from Britain, Europe and the East. He and his students were challenged and inspired by the commonality of principles and theories shared by East and West. He constantly challenged his adult students to transcend their limitations, to lay aside their ideas and opinions, and to search for and apply natural law and universal principles. In the mid-1960s Mr MacLaren met Sri Shantananda Sarasvati who taught him about Vedantic knowledge and meditation as practised in India. By combining study and meditation, Mr MacLaren realised that a student could move from theory to deep understanding. Sri Shantananda Sarasvati and Mr MacLaren met regularly over a period of thirty years, during which time much knowledge was communicated about education.

Mr MacLaren dedicated his working life to exploring a broad range of subjects including philosophy, economics, law, calligraphy, education, science, art, architecture, language, renaissance music, theatre and dance. Many of the adult schools which he founded have gone on to establish day schools for children. Subjects offered today for adults and children continue to emphasise, magnify and instil a love of fineness and purity of both mind and action.